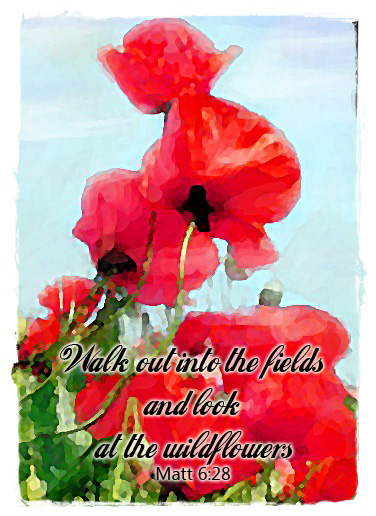 Today is Anzac Day a sacred national holiday in New Zealand and Australia. Everything is closed by law. Both countries commemorate the battle of Gallipoli in Turkey during the 1st World War.  Both countries lost so many young men that there was a generation of women who never married or were left widows with young children.  In modern times it has come to represent the futility of all wars.  Every town in New Zealand land has a dawn ceremony where the last post is played at the war memorial.  It is also a rite of passage for young New Zealanders and Australians to go to Anzac Cove in Turkey and take part in the dawn ceremony there.  I have done it and it wasn’t really until then standing in the place where so many young men were slaughtered that it hit me how wasteful war is.

So, this post is is commemorate those young men, and a generation that never happened.  In particular, my grandfather’s (he was fortunate that he was too young to go to war) four brothers and my grandmother lost all of her brothers – five.

You are never forgotten.

On a lighter note,  Gallipoli produced a national icon, Anzac biscuits! The soldiers were sent tins of these biscuits from their families during the war.

Here is the recipe: 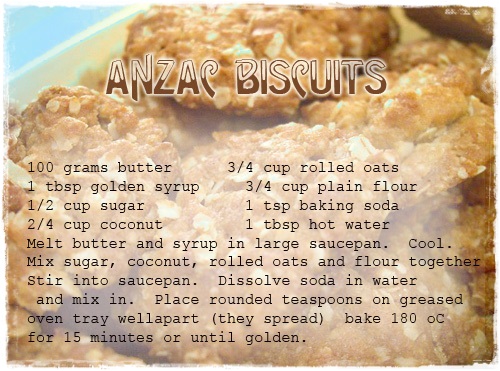 The Story of Gallipoli

For nine months in 1915, British and French forces battled the Ottoman Empire - modern Turkey - for control of the Gallipoli peninsula, a small finger of Europe jutting into the Aegean Sea that dominates a strategic waterway, the Dardanelles. By opening the Dardanelles to their fleets, the Allies hoped to threaten the Ottoman capital, Constantinople (now Istanbul) and knock the Turks out of the war.

Among the British forces were the Anzacs - the Australia and New Zealand Army Corps - who landed on the peninsula on 25 April. The landing, like the Gallipoli campaign itself, was ambitious and ultimately unsuccessful: the peninsula remained in its defenders' hands.
The campaign was a costly failure for the Allies: 44,000 British and French soldiers died, including over 8700 Australians. Among the dead were 2721 New Zealanders nearly 5000 wounded out of a force of approx. 8500 – while that may not sound a lot compared to other nations, NZ pop was less than a million. Victory came at a high price for the Turks: 87,000 men died in the campaign which became a defining moment in Turkish history.

It was also a defining moment in New Zealand’s and Australian history, we started to draw away from Britain and become nations in our own right.  For the three nations Anzac Cove where the Anzacs landed has been made a Peace Park by the Turks and the three Nations every year send government members to the remembrance service at the cove.

View my complete profile
Hi I am Sharon, I live in the Wairarapa, a province in the lower half of the North Island of New Zealand. I am now at a stage in my life where I have time to follow my passions, a new found one - crochet, and life long ones of gardening, cooking and art journalling and I have a passion for bags of all sorts. These I will share with you as I step out this new phase of my life. So welcome and enjoy!